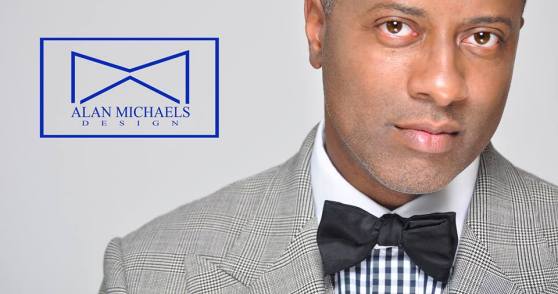 I was born and raised in North Carolina, to parents with not a lot of money, but great style, resourcefulness, and an understanding of the power of exposure for their children! My hometown was a consummate ‘college-town’, invaded each school-year, by students from all over the country, infusing their way of dress, musical taste, and their various hometown culture ans ways into the microcosm of our extraordinarily diverse world that was campus life at North Carolina A&T State University. What an incredible breeding ground to further develop my own personal style, which may not have developed as expeditiously, without the influence of my classmates.

But it was my early experiences with my parents, their constant encouragement to explore, our unlimited exposure with what means we had, and my personal desire to ‘stand-out’ and be seen and heard, that made my move to New York City, a non-thought, easy, some 10 years after finishing my graduate degree.

My first day in my new career in New York required that I take the subway to work, just four train-stops away in Mid-town, and it was during that 20 minute ride, that I heard some eight different conversations occurring between my fellow commuters, and they were speaking eight different languages. It was then that I realized, “Toto, we’re NOT in Kansas anymore, and that my excitement of this new adventure, was going to take me places physically, mentally, culturally, and even stylishly, that I had never been before.”

I came to New York with what I knew was great sense of style, but it was SURELY 20 years living in the City, the world’s, cultural and fashion epicenter, that molded and shaped the current day Michael Alan Humphrey Sr., as well as Alan Michaels Design. But you can’t build ANYTHING without a foundation, so I am forever grateful to my family, hometown family in Greensboro, North Carolina (Greatest place to grow up in the world), my beloved NCA&T State University, Wake Forest University Babcock Graduate School of Management, Kappa Alpha Psi Fraternity Inc.’s Alpha Nu Chapter, and United Institutional Baptist Church and Mount Zion Baptist Church, for being my foundation!

Thank you God for blessing me, and hold on world, “I’m just getting started!”