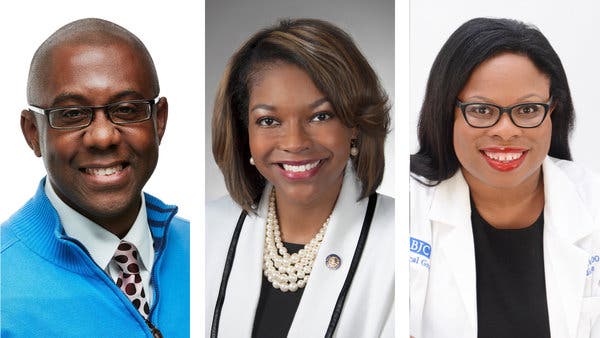 An African-American man in a suit was handed car keys by someone who thought he was a parking attendant. A black lawyer was patted down by guards at a courthouse, even though his white colleagues entered without a search. An African-American politician was told she did not look like a legislator.

Such encounters are the plight of many people of color in the United States, highlighted in October when flight attendants questioned the credentials of a black doctor while she was trying to treat a passenger in distress.

When the physician, Fatima Cody Stanford, later explained that she always carries her medical license to help disarm skeptics in situations like the one she had experienced, other professionals said they, too, had developed strategies to brace themselves for people who will doubt them.

Those in professional fields historically dominated by white people, including law, medicine and politics, say that the pressure to be prepared for these moments can feel particularly acute. It affects how they dress, what they carry in their wallets and how they behave.

In interviews, about a dozen people described their efforts to ward off bias at work because they supposedly do not, as Dr. Stanford put it, “look the part.” 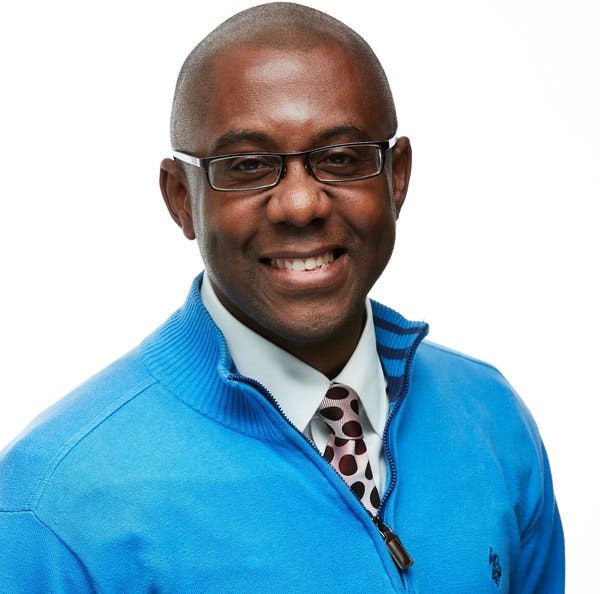 Ramon Ray, 46, a New Jersey entrepreneur, always dresses in a suit or a sweater. But he has still been asked by strangers to park a car, or been handed luggage or a coat to hang up. The bias, Mr. Ray said, was an assumption that he was “the help.”

He is also aware of the racist assumption that black men are menacing. It has prompted him to modify his behavior in ways that include keeping his distance from white female strangers, especially in isolated places like parking lots. 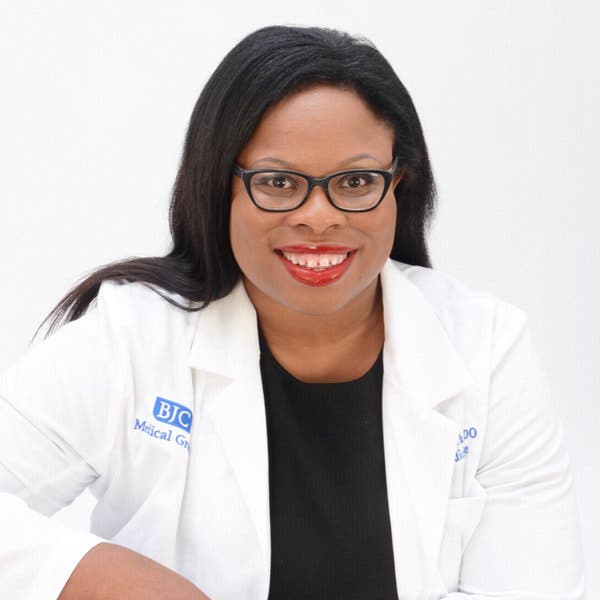 ‘We have to normalize our presence in the field’

Black, Hispanic and Latino people make up a low proportion of medical school graduates in the United States. Several doctors described their experiences with implicit bias, or unconscious assumptions about race.

Dr. Ashley Denmark, 34, has overheard patients say they have not seen a doctor, even though she just examined them.

“I will go back, and round again, and say: ‘Hey, you didn’t remember seeing me? My notes are in the chart,’” Dr. Denmark said.

“It plays to a bigger problem that we have to normalize our presence in the field,” she added.

Dr. Mallory Whitley, 33, emphasizes to patients that she is their doctor. “I have been handed a tray before and asked if I am there to take their order,” she said. “If a nurse walks in — say, a white male — that is their doctor all of a sudden.”

She is also aware of how she delivers her orders. “I tend to not speak a certain way at work,” she said, “to make sure in other people’s eyes I am less menacing or less aggressive.”

It isn’t just black professionals. Hispanic and Latino people, Asian-Americans and people of other races have also reported encounters with bias.

A spotlight on the people reshaping our politics. A conversation with voters across the country. And a guiding hand through the endless news cycle, telling you what you really need to know.

Dr. Gricelda Gomez, 31, who is Latina, said she was helping herself to a supply of scrubs recently when an unfamiliar white nurse challenged her, assuming she was not a doctor and snatching her badge away after she did not provide her name. 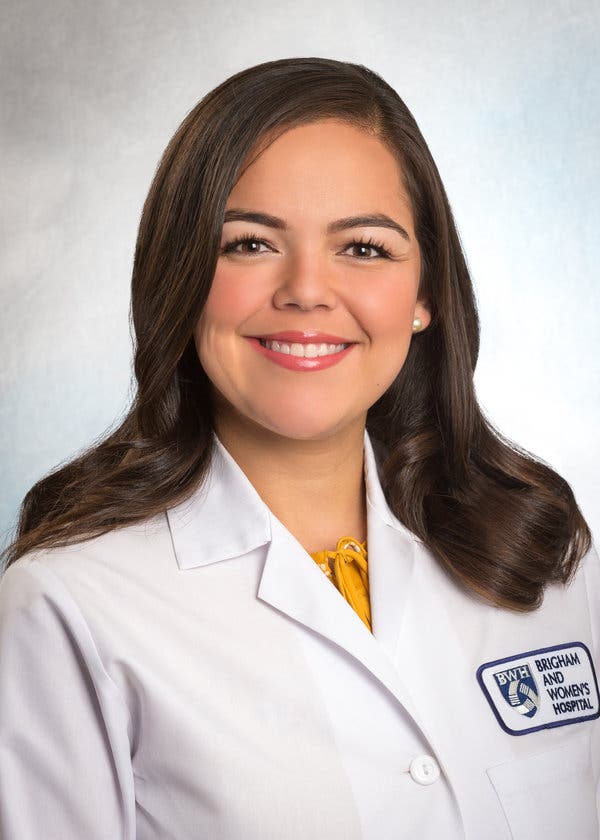 “The default is never ‘you are the physician,’” Dr. Gomez said.

Such assumptions that she is less qualified than other professionals are rarely overt, she added. “This is the tricky thing about bias and talking about it,” she said. “It is not macroscopic anymore. It is all underlying.”

After the encounter with the nurse, she stopped wearing the badge that identifies her as a doctor on her hip and started displaying it more prominently.

“I pin it right in the middle of the V-neck,” she said.

Dr. Gomez, who also recalled being accused by a colleague of playing the “minority card” to get into Harvard Medical School, said she worked twice as hard to be perceived as competent as her white colleagues.

“The default is ‘Oh, she is Latina — she squeezed by because she is a minority,’” she said. 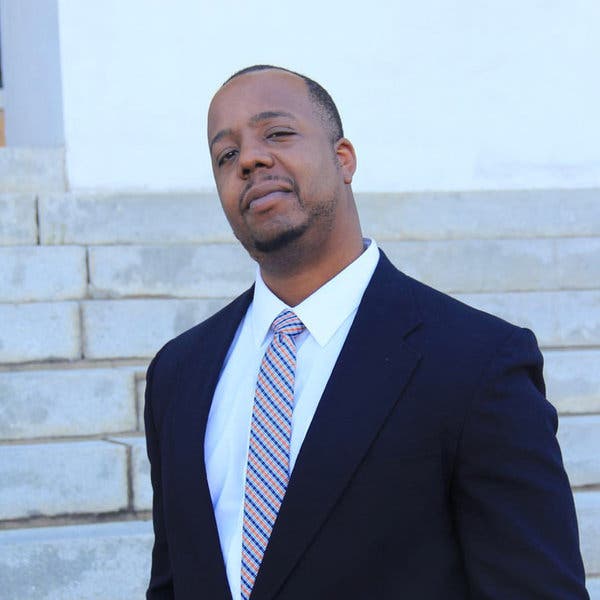 Mr. Denmark, who is married to Dr. Denmark, has been patted down at courthouses where white colleagues walked in without a search, he said. In his car, he hangs work badges from the rearview mirror so he will always have identification within reach.

“At times I have had to show my license to my own clients before they believed that I was the attorney working on their case,” he said.

Kyle Strickland, an analyst at the Kirwan Institute for the Study of Race and Ethnicity, said, “I want to be able to say people should not have to wear a suit to fit in.”

“But at the end of the day,” he added, “you are still a person of color in America, because we have not necessarily confronted the issue of race head-on.” 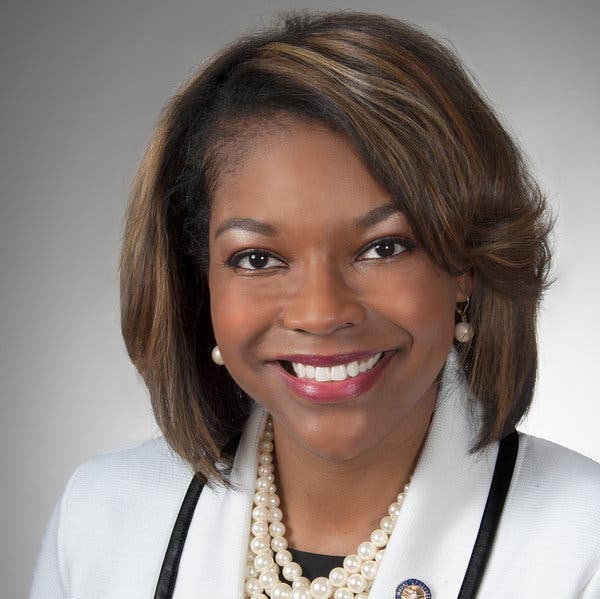 ‘You don’t want to be the black legislator causing trouble’

In 2016, a black Ohio state legislator, Emilia Strong Sykes, 32, asked why she had been singled out for a search entering the Statehouse. “Well, you don’t look like a legislator,” she recalled the guard saying. After a pause, he said she looked “too young.”

Ms. Sykes braces for such encounters. She dresses conservatively, keeping her badge visible and unfailingly displaying her legislative pin. “I am very mindful of it,” she said. “You don’t want to be the black legislator causing trouble.”

She has also instructed her aide to greet visitors at her office entrance, so there is no question that the black woman they encounter sitting at the representative’s desk is, in fact, the legislator herself.

“There is something that triggers those thoughts that ‘she is not supposed to be there,’” Ms. Sykes said. 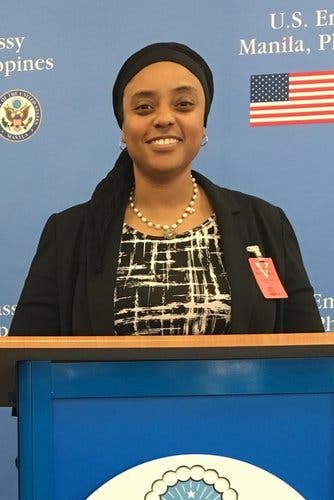 ‘A stereotype in their mind’

Rahmah Abdulaleem, 43, a Muslim lawyer, said her evolving head scarf choices reflected her efforts to pre-empt bias. When she was starting her career in Georgia, she would wear a dark scarf, making the Islamic covering less jarring for clients or colleagues. As she became more established, she started to wear colors.

“It was for them to be comfortable,” she said. “Then I finally got to the point where: ‘This is not me. I am not happy.’”

But she still recalls clearly how a colleague told her, almost 20 years ago, that she needed to “tone it down so people will feel comfortable.”

“And that sticks with me,” Ms. Abdulaleem said. “I make sure that I am not the loud black woman. I want to be respected for what is coming out of my mouth, and not falling into a stereotype in their mind.”